The Portuguese Paradigm Shift on Drug Policy
In the year 2000 the Portuguese government announced their intention to pass a law that would decriminalize the use of all drugs across the nation – everything, from weed to heroin. This was the first time any country in the EU had done something like this; not even the Netherlands had such a liberal drug policy. Lisbon already had a reputation as Europe’s “worst drug ghetto” and its “most shameful neighbourhood.” The criticism was fairly deserved. In 1999, Portugal had an estimated 100,000 heroin addicts in the country – a staggering 1% of the nation’s entire population. In addition to this, Portugal had the highest rate of HIV/AIDS related deaths in the entire EU and recorded that 45% of that sub-population were intravenous drug users. Connected to these medical concerns, the issue was an economic abscess, as these addicts (many of them infected with HIV/AIDS), drained the system of free healthcare provided to citizens by the Portuguese government.
So the press descended on Lisbon in the summer of 2001 as the government was about to enact the new law. They wrote articles and snapped photos of addicts shooting up in Lisbon’s alleyways and strung-out backpackers lying passed out in the streets. All of this illustrated the belief that things were about to get even worse. Locals worried that their cities and neighbourhoods would become havens for ‘drug tourists’. Conservatives in the government called it “pure lunacy” and Paulo Portas, of the People’s Party, predicted that the Algarve would be relegated in the summers to drug-seeking tourists coming to Portugal just to get high. 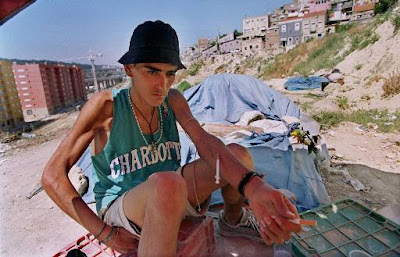 Let’s be clear about this though. The law enacted in 2001 did not legalize drugs in Portugal. What it did was change drug use from a criminal issue to a medical issue. So anyone arrested with a “ten day supply for personal use” or less is not be treated as a criminal, but as a medical patient in need of treatment. Rather than facing criminal charges or time in jail, arrestees are taken to a ‘Dissuasion Council,’ who determines the best course of action. The council members, consisting mainly of psychologists and medical professionals, dress casually in t-shirts and jeans, making the procedure seem less judicial; the idea being that addicts can feel comfortable being honest and ask for help without the fear of prosecution.
Councils often recommend free government-sponsored treatment to the addicts, who can accept or decline the offer. Given the choice, an overwhelming majority opts to take the help. 6,040 addicts were in treatment in the year 2000, before the new law. In 2008, rehabilitation programs treated 25,808 citizens and HIV infections from drug use had dropped nearly 90%. The numbers were showing that the law was indeed a success. In the year 2000, Portugal reported 2,508 new cases of HIV. After the implementation of the new laws, that number shrank to only 220 cases in the year 2008, according to the UN Office on Drugs and Crime.
While drug related deaths, cases of HIV/AIDS, criminal charges, and casual drug use have decreased, the lifetime use of illicit drugs has increased from 7.8% to 12% since 2001. Many, however, attribute this to the candour of interviews now that the legal penalties have diminished. And there is no statistical record of drug use before 2001, only statistics associated with disease and death in their relation to intravenous drugs. Statistically speaking though, the new system has been regarded as a success by the international community and the fears of ‘drug tourism’ in Portugal have been dismissed. As it stands today, the success of the Portuguese approach to drugs is being considered as an effective model for other countries with similar issues. Several other European countries have been re-examining their laws and looking to Portugal as a starting point. Spain and Italy have already dramatically reduced drug penalties and Norway and Denmark are both spending time studying Portugal’s approach to the issue. While new policies on an international level may be far off, the Portuguese themselves have set a lasting precedent by removing the criminal aspect of drug use from casual users and promoting healthier practices for more habitual users.
Enviar a mensagem por emailBlogThis!Partilhar no TwitterPartilhar no FacebookPartilhar no Pinterest
Mensagem antiga Página inicial 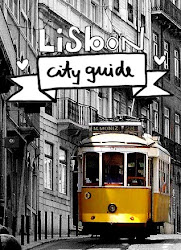 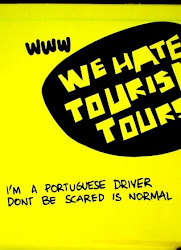 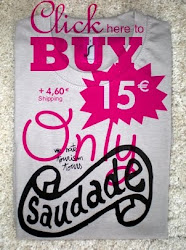 Saudade is a Portuguese word difficult to translate adquately, wich describes a deep emotional state of nostalgic longing for something or someone that one was fond of and wich is lost. 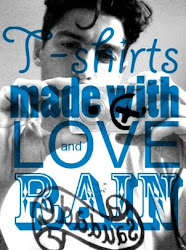